I attended the Washington DC protest on June 3, 2020. This was ninth day of country-wide protests sparked by the murder of George Floyd in Minneapolis, Minnesota. Day nine also marked the day where the additional 3 police were charged and arrested for murder. The charges for the first arrested officer were also upgraded. 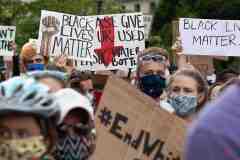 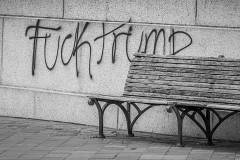 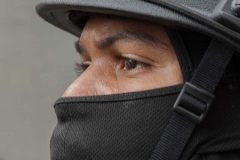 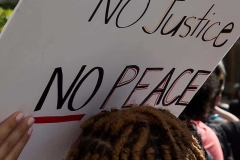 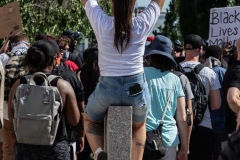 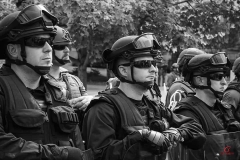 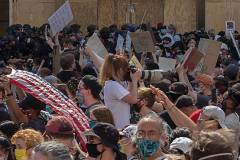 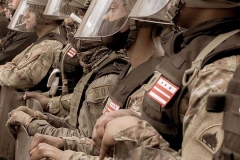 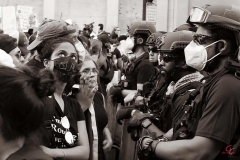 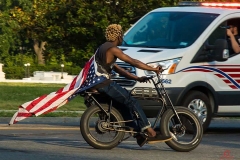 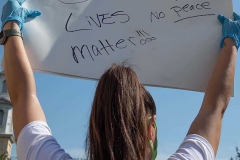 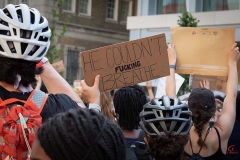 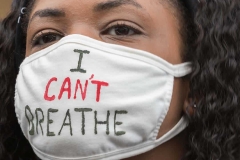 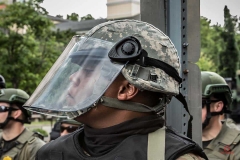 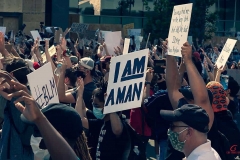 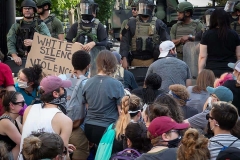 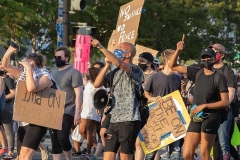 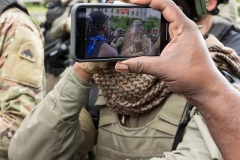 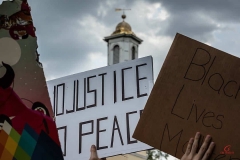 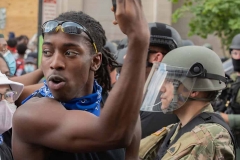 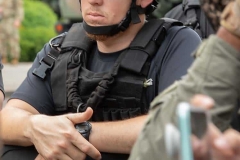 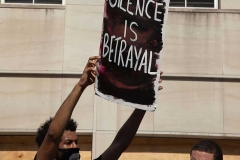 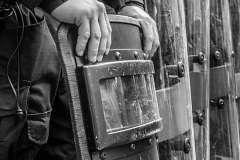 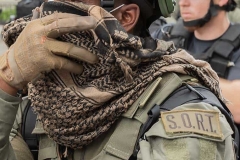 We started out near the White House. I immediately noticed that the crowd had been pushed back from the previous day. I’ve been watching the coverage on TV. Now, the frontline was past St. John’s Episcopal Church, where earlier in the week the president staged a photoshoot. We worked our way through the crowd to the frontline, which was created by a line of soldiers and police officers, dressed in riot gear and armed with tear gas canisters. It was unreal.

The crowd at the Washington DC protest was a diverse mix of all ethnicities, but comprised of mostly white people. Since the crowds that I saw on TV were the same, I wasn’t completely shocked. Still, it was encouraging to see the all the different groups (young, old, black, white, Asian) showing support. Through the day, there were regular chants of “Black Lives Matter”, “George Floyd”, “No Justice, No Peace”, and others.

Another encouraging element of the Washington DC protest was that there weren’t vendors out taking advantage of the crowd… Okay their were a couple. Instead of selling water and snacks, there were people walking around giving them away. It renewed my faith in humanity. The protest wasn’t a riot, and it wasn’t passively peaceful. There were people yelling at the soldiers that were holding the line. By the way, there was no barriers between the crowd and the line of soldiers and police.

March To the US Capitol

Soon the crowd appeared to be leaving. So, we followed the crowd – which we learned was headed to the US Capitol. So we marched with them. Eventually, the crowd ended up at the US Capitol, but it appeared the front part of the crowd was turned away. We were thirsty and tired at this point. So, we stopped and watched the crowd walk back towards the White House. After resting, we walked to the Metro Station to catch the train home.

The Borax Museum – Behind the Shot